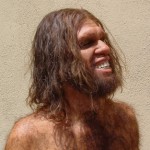 What’s up with the Paleo diet?

Paleo is the idea that our ancestors, pre-civilization, evolved slowly and that, the machinery of our human body has not had the proper time these past 10,000 years to adapt to dietary changes and therefore, our diets from about the pyramids-forward, have left us screwed.  The cultivation of grains, namely, say the Paleo experts, has been our primary dietary evil.

This is not necessarily a new fad.  My grandfather, born in the year 1900, and raised on the prairies of rural Nebraska, ate this way.  The story is told that one day my grandmother got creative in the kitchen and presented a pizza to my grandfather, whereupon he threw it upon the wall.  He said, “I want a little meat with vegetables on the side and never anything else.”  He ate Paleo and he behaved paleo.

My other grandmother ate whatever she wanted, including lots of desserts and dining out.  She was rarely ill up until the day she died, at age 94.

The question, for me, is not what we ate 20,000 years ago, but what we ate/absorbed culturally fifty, one-hundred years ago, and how that has changed.  We can observe indigenous cultures from the 1930s as photographed by Dr. Weston Price and clearly, something HAS gone wrong since the 1930s.  Our bones, and our teeth, clearly are not forming/rebuilding properly compared to indigenous peoples.

There is one major assumption going on here.  That is, that DIET makes the difference.

For example, look up at the sky on almost any given day and one can observe jets leaving unusually thick trails of vapor.  Upon further research, we discover that “geoengineering” of the planet is underway using aluminum and barium to create a heat-barrier against the sun.  Soil and water samples reveal significant increases in aluminum concentrations never-before-seen.  Since humans are part of the soil and water-scape, aluminum has increased in our tissues as well.

No matter how much meat and steamed broccoli one consumes, it ain’t gonna remove micro-particles of aluminum.

In other words, recent years and decades of chemicals dumped into the environment, trump dietary concerns.  I could list a thousand sources of chemicals invading our human system: fluoride, pesticides, and pharmaceuticals in the water supply, the shit you ate as a kid, lead paint, leaded fuels, unleaded fuel exhausts, cleaning solvents, medicines, trans-fats, etc. etc.  Not to mention that our paleo ancestors laid their heads upon a pile of straw to sleep, while you have been breathing-in micro-fragments of your fluffy pillow for the past umteen years.

This brings us down to the single, solitary cell in the human body, storing all that bull-crap.  It’s called oxidation.  It means that the fatty cellular membrane thickens.  Now, water is repelled at the cell, oxygen-flow reduces, and metabolic wastes are stuck.  All those other poisons (mentioned above) don’t factor, because each cell is like a tiny motor giving-off its own exhaust, which must find its way OUT, but it can’t.  Why?  Other poisons have congested the system like one major traffic jam.  Eating a steak with a little kale on the side will have zero impact.  That is, on the health condition created during the past 50 to 100 years, not ten thousand.

What are we going to do?!  As moderns?

Diet alone will not reverse the condition because cellular oxidation is irreversible, unless you switch to consuming only raw vegetable juices for the next five or ten years.  What speeds-up the process of tissue cleansing, however, is working in reverse.

Study nature if we are going to study ancestral diets!

The rain runs-off across fields into creeks which run into streams feeding into rivers which eventually looks like the Mississippi.  Likewise, human cells feed into lymphatic drains, which feed into larger ducts, which feed into the small intestine, which winds down into the massive human colon.  To cleanse the cells and tissue, start at the colon.

Health is driven by priority.  If one is about to freeze to death, warm blood withdraws to the inner core.  Lose a hand or a foot to frost bite.  Save the body.  Hydration, same process.  Keep the blood hydrated, but allow the tissues to grow dry.  The body is smart.  That intelligence has not changed, ever.

For many, many reasons, as tissues increase in the storage of environmental poisons, the organ regulating this process, the liver, sacrifices itself.  It becomes a repository for poisons.  Digestion suffers, but the larger human body is saved, for now.  A person’s vitality lessens, but at least they can make it to work one more day, maybe with the help of a Red Bull, or two.

We must overlay this dire cultural condition with bacteria.  Bacteria are likewise, a priority.  Without them, forget it.  They assist every internal, physical process.  Name it and they are there.  Cholesterol balance, hormonal recycling, organ detox, mineral assimilation, energy production, digestion, vitamin creation and absorption, waste removal, well-being, on and on.  Bacterial wastes are anti-fungal and anti-viral.  Not to mention that the huge issue of grain intolerance is due to the fact that bacteria maintain the integrity of the lining of the digestive tract.  Antibiotics and pain medications break down this lining, allowing molecules of poorly digested grains to escape prematurely into the blood.  It’s due to a loss of bacteria, not from eating grain itself, unless we consider the effects of consuming GMO grains, as well. (Another story.)

Consuming meat, vegetables, and saturated fats, alone will not reverse a breakdown in one’s bacterial balances.  Consuming fermented foods will.  These include organic milk ferments like goat milk yogurt, vegetable ferments like sauerkraut and kimchee, and grain ferments like miso and tempeh.  What’s key about ancestral diets is the recognition that they consumed tubers which fed internal probiotics like onions, agave, roots, garlic, and artichoke.  Plus, ancient peoples lived outdoors and consumed soil (yes, dirt) rich in probiotics.  One the other hand, most people today on the Paleo diet are washing it all clean.

The way that the human system has polluted itself is likewise reversed by priority.  Cleansing the colon with water creates space in the human cavity.  This allows the small intestine to dump.  The liver dumps.  The lymphatic system dumps.  The cells … whoops, are still stuck.  They have oxidized and will only reverse if presented with an antioxidant.  NOW, diet comes into play, which is the consumption of raw plants and vegetables providing negative ions, alkaline fluids, and enzymes.  Juicing does this, not bacon.

Also, drinking a negative-ion water helps and there are machines for that, not Paleo, but ultra high-tech.  High tech does have its advantages!

Anyway, pull at one end to unplug congestion; feed at the other end (the mouth) to reverse oxidation, is perhaps, a better strategy.  It’s all fairly sloppy, so enjoy the road down, leading to old age, I say.  Cupcakes and booze now and then, why not?

One more thing.  Quality fats can also play a role in healing cellular oxidation.  These too, assist the liver to detoxify itself.  As the liver regenerates, it can begin converting oil soluble chemicals, modern poisons absorbed into the fatty tissues, into water soluble structures (at the molecular level), poisons passed through the kidneys and out via sweat glands.  Removing aluminum is tougher.  That’s another discussion, but a hint is that — chlorophyll is a wonderful bonding-agent to remove “metals” from the tissue.

Reading through a blog on healthy fats at http://balancedbites.com, I noticed that the author answered a great question about the use of coconut oil as a Paleo-solution.  I copy it here.  Like, did non-tropical ancient peoples have access to coconuts?  Probably not.  And Paleo-peoples most likely never saw a chemtrail in their skies, either.  That’s because, compared to their day of ice-ages and damp caves, global warming, bring it on!  S.

Question from balancedbites.com: What I find so strange with the Paleo approach is that if one is supposed to be emulating a similar eating strategy to our ancestors, can it be that coconut trees were really that well populated all over the earth? I’m not knocking its use, just always see it suggested as number one oil to reach for, but have an issue with the fact that it is really not that indigenous to most, is it?

ANSWER:  I agree with you 100%. Most of us were not likely native islanders! That said, this is less about replicating Paleo times, and more about looking at how to be eating whole foods to motivate a healthy person from the inside out. We take what we know about foods available for thousands of years, as well as what we know about more modern or widely available foods- and marry the two parts of information. We also cook very differently today than we woud have then. I don’t honestly think we need to be adding a lot of fat to foods we eat for health reasons if we are not avoiding what naturally comes with the whole animals we eat.

SCOTT’S NOTE: Paleo schmaleo!  But, you know, it’s whatever makes you happy.