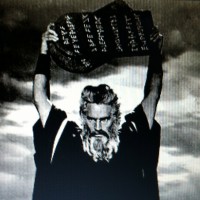 When I was in college, I read a book titled “Christ and Culture.”  It identified positions various Christian-churches took, describing the contrast of a Christian living in a culture: 1) against culture, 2) with it, 3) above it, 4) transformative, and the like.

What this does, splitting the person from culture, is to wreak havoc.  Since Jesus is watching, you want him to see that you are no longer NORMAL, that something different has occurred following one’s conversion.  This is somewhat Medieval, in that, you become part of a KINGDOM, not of this world, and you are being watched from Above, and then the king comes back (riding a horse) and rewards you for your service saying: well done, for the havoc you have wrought for not being of this world.

The servant who wreaks little havoc was not much of a servant, after all.

The real problem with all that, is it destroys your OWN sense of soul, because the whole thing is about souls.  Jesus wants your soul and the devil wants your soul, so there’s a kind of battle going on and the Christian becomes a kind of soul-merchant, an arbitrator basing one’s merit around right belief (wrong belief punishable by death).  Thus, the “true Christian” is always UNCOMFORTABLE in culture, always dealing in the abstract, never allowed to fully fit in.  In the Jewish tradition, Moses was like that, who never quite fit in because he was always above the rest of what was going on.

Now, many years later, I realize that the very notion of “Christ and Culture” creates more disturbance than it does resonance.  Sure, I’ve met Christians totally high on Jesus, and blissed-out, but over the long haul, we might consider the havoc caused by the notion that nobody owns their own soul and “the objectifying of reality” from a single point of perspective, which would be the “Christ’s perspective,” and where nobody else truly gets a say, specifically not you.

Modern physics does not bear this out.  In fact, across the planet, humans who have “died and come back,” do not report any sort of “battle over their soul.”  If a Christian has a “near death experience” (NDE), sometimes they see Jesus in a kind-of glowing light.  But when somebody from India has a NDE, they never meet Jesus.  They meet the religious heroes of their culture, come back, and describe it in vivid detail.

Today, scientists are crudely mapping the mind/soul relationship through imaging equipment.  They can actually read something termed “neural coherence” as energy moving across the brain.  What they are finding is that coherence is strongest when the person accepts that they live in this world, like settle into it, on their own terms.

An example of “neural dissonance” would be when the Spanish armada was destroyed by a storm off the coast of England in 1588.  The King of Spain was on a mission to capture the Queen of England and torture her for leaving the Catholic church.  These ships were carrying all sorts-of means of torture, which is the ultimate irony, of humanity attempting to understand what “Christ means to culture,” as torture.

And, to note, we do this same thing to ourselves today. We can so love this Jesus we’ve identified with, that we torture ourselves out of this world, to save him the trouble!  I write about this merely to state something I see, which I did not see before.  That is: “Christ and The Ball Is In Your Own Court” is a better way to state the problem.  Otherwise, one is tempted to force their own dissonance upon the rest of the planet as what this Jesus, looking down from Heaven, would have us to do.

Perhaps it’s better to just shut up and make peace with your own existence.