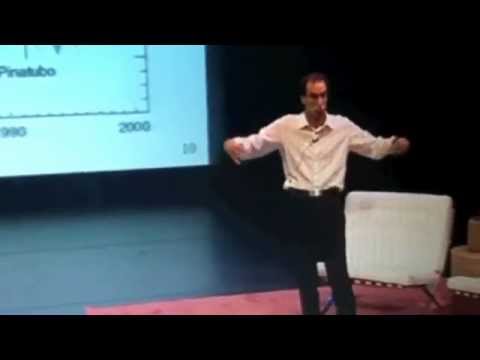 It’s amazing how rarely most people observe the sky.  To me, it’s like a beautiful blue pond always, everywhere above.  About six or seven years ago, I noticed unusual patterns of jet contrails across the sky and told my friends.  Two of them had noticed it as well and took it upon themselves to research it.  What they turned-up was alarming.

The odd factor, was that the checkerboard jet-trail patterns were infrequent.  One particularly obvious day, we phoned The Tennessean, our local newspaper.  I spoke with their reporter.  I asked him, “Are you looking outside right now?”

“Does the sky appear unusual to you?” I asked.

The oddest thing to me, was not the jets themselves, but that this investigative reporter stood behind the idea, as odd as it appeared, that these were ordinary jet contrails.  If a person notices the sky, just a little bit, checkerboard jet-trails are not ordinary.

This is one of those topics where the more you know, the more you realize there ain’t a single thing any common person can do about it.  Geoengineering has become entrenched in our bureaucracy as a kind of “risk assessment” policy, where the same people/scientists endorsing it, benefit financially.  Entrenchment.  The “geoengineering project” to slow global warming as an industry has been referred-to as playing a minor role in the overall GNP, maybe not a trillion dollars spent on it per year, but maybe.

Who is paying for it?  Everybody.  Now, you probably don’t know what-the-hell I am talking about!

In case you haven’t heard, our planet has been warming.  Some scientists have presented a slow fix, which relies on many governments and industries working together to curb carbon emissions.  You’ve heard of your “carbon footprint,” right?  You are going to curb that, right?  Turn down the heat, drive less, carpool, that sort of thing, right?

Meanwhile, other scientists have presented a QUICK fix, like the scientist I included in my recent YouTube video, David Keith.  That is, they propose shooting particulate from jets into the upper atmosphere to reflect heat from the sun back into outer space before reaching Earth.  When I say, propose, what I mean is, it’s being done.  It’s been going on all across the planet since about 1996.

Search the Internet for “chemtrails” and you will turn up all sorts of crazy stuff.  Like “conspiracy” theory and “the search for Big Foot” and aliens.  You will also find symposiums sponsored by governments like New Zealand and universities like Stanford and reporting on it by The Discovery Channel.  It’s serious enough that Monsanto is engineering seeds to adapt to substantial increases in aluminum in the soil.  For the long haul.  More GMO, baby!

Here are a few relevant questions.  How does the particulate being spraying out of the jets affect my body?  What studies have been conducted by the geoengineers on their activities for impacting humanity below, living on the ground?  Who are these people behind this, the scientists and their corporate benefactors and their governmental liaisons?  This is on its way to becoming a huge national discussion as HARD as these same people are keeping mum.  These same people now control what could be called an empire in itself — jets upon jets upon jets, each equipped with massive spraying devices filled with planetary insecticide.  I mean, freak out for about ten seconds, then get over it.

It’s not about your own personal risk assessment!  It’s about a few ethical questions that need to be asked and are not being asked.  It’s a form of planetary gas chamber experiment being driven by …. whom?  Who is running the Zoo?  That’s a serious, ethical, philosophical, religious discussion.  It needs to be had.  Not swept under the fucking rug.

I mean, swept under the clouds.  That is, what’s under your nose.  As plain as your nose.  I mean, up your nose!  And into your lungs and blood and brain matter.  Aluminum.  Crazy-making.  Like we need more of that.

David Keith has become somewhat of a spokesperson for “geoengineering” climate control and he stands in a difficult place on the topic of risk assessment, regarding global warming as “the man behind the curtain.” Thing is, the public is rapidly growing in its awareness that something is “going on with the sky” and it’s not something easily hidden. Risk assessment at some point must include an open discussion. Or else a small group of individuals (with the power) have taken control over of the atmosphere, whether the general-consensus likes it or not.

David Keith himself made the call for artists, writers, and others to speak to the issue of geoengineering efforts. We all agree that “risk assessment” is the issue and this should include independent study on increases of aluminum in nature and in human lungs/tissues. The problem is NOT the scientists like David Keith, but the monied interests that have put themselves in charge as a moral/administrative circle, one hand washing the other. In many cases, smart programs are put into effect and later abused by others jumping in the game.

This, therefore, is an entirely new form of ethical consideration, a privilege not to be usurped out of the public domain, that is, the skies, the common soil and water of humanity. That is, IF we are in this together. It’s absurd to discuss this “in theory,” while anybody can watch this massive geoengineering project in action from their own front porch. This vast global industry of jets and pilots and spray manufacturing, and paying for it while nobody noticed, has been impressive, but it has also put certain power into the hands of a small minority, that deserves a public review. If not, it is merely a “chain of command” carrying out its own objectives, in microcosm, even in determining that the motive is for “the good of all.” We’ve been here before, in human history, and not our finest hours.

The Wizard of Oz is a good illustration for this topic, because the Wizard was the one person in the land of Oz who was unchanged by the magic of it, mostly because he never could stop fearing everything, couldn’t stop “assessing risk,” could not stop his own bullshit. That’s all my short YouTube movie-parody is saying: Stop the bull: Open the discussion.