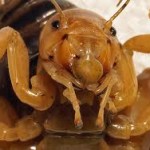 My friend had me over for dinner last night and informed me that everything was organically grown except for the potatoes.  I said, “Thank you and no biggee on the potatoes.”

“What could be wrong with traditionally grown potatoes?” she asked, “Because they are grown under the ground.”

You can’t figure it like that, I explained.  Here is what Wikipedia says about the “Chemical Industry.”

In the U.S. there are 170 major chemical companies. They operate internationally with more than 2,800 facilities outside the U.S. and 1,700 foreign subsidiaries. The U.S. chemical output is $750 billion a year. The U.S. industry employs more than a million people in the United States alone. The chemical industry is also the second largest consumer of energy in manufacturing and spends over $5 billion annually on pollution abatement.

It goes like this: There is a newly hired MBA graduate working for a chemical company.  His or her job description is to expand the use of their chemical products and they suddenly notice that there is an entire untouched market, like the potato industry.  Not only is this person bright, but they have been trained in how to win.  They find a way, brilliant, of course, to prove that the use of their product, at a cost of say, two cents per pound, brings a return of 2.5 cents per pound.

The executive, plus his or her boss, fly from Chicago, wearing the finest suits and ties, to a po-dunk village, Idaho.

They then go to the bank, which holds the note on the potato farmer’s land.  This young MBA executive, plus his boss, venture to the bank, explaining together with slides and graphs, that their chemical company plans to sell their profit-boosting chemical to the entire region.  Any farmer not using their chemical will be losing profits, and competitive edge, and therefore, in risk of default.  Plus, the chemical company makes a donation to the banker’s vacation plans for the year, maybe a tropical cruise, that sort of thing.  They then visit the other bank down the street.

Now the potato farmer receives a visit from the banker, who is bearing brochures from the chemical company.  The farmer is told that the bank is quite excited about this advancement in profitability.  Not much training is provided, but all good!

So far, very little investment has been made to procure FDA safety approval, for the head of the FDA is a former lobbyist for the Monsanto chemical company.  Paperwork of course was filed at the FDA, provided by a lab research firm, guaranteeing whatever-results which are requested by the manufacturer of the chemical, which pays for those lab results.  These kinds of “pay-for” labs are accepted within the system, with a wink.  I didn’t say it; many books have already covered the topic in detail.

A wink here, a wink there, now the new crop of potatoes is on the shelves at the local grocer.  Plus, this has happened 37 more times, according to www.whatsonmyfood.org.  Now, the FDA does not require clinical studies showing pesticide INTERACTIONS within the human body when consumed.  No, testing is on a per chemical basis.  So, a potato on the shelf with five pesticides, combine within the human body at the liver, all together, mixing and brooding.  These include (individually identified) as probable carcinogens, hormone disruptors, neurotoxins, and reproductive toxins.  And that’s just PESTICIDES.

Deep fry all that chemical residue residing under the potato’s skin and what do you get?  God doesn’t even know.  If we check growth in the rate of breast cancer in the U.S., we find it graphs radically upwards, similarly like the growth in chemical product patents, during the past fifty years.  Add pharmaceutical drugs Americans take (about five on average), also mixing daily within the liver, and the liver grows quite exhausted, unable to perform as many as 1,500 daily metabolic processes. Add vaccinations, formerly about three or four, now up to fifteen or twenty, all due to MBA graduates who excel at their jobs, and not much else.  Plus, add a little factory-farmed chicken, with toxic potato skins added into their feed, plus chemicals in their feed, and a diet Coke.

Note:  Pictured above is not a potato bug, but a newly hired MBA graduate working for one of the 170 major chemical companies.